The traditional culture of Samoa is a communal way of life based on Fa'a Samoa.In Samoan culture, most activities are done together. There are 3 main parts in the Samoan culture,

The traditional living quarters, or fale (houses), contain no walls and up to 20 people may sleep on the ground in the same fale. During the day, the fale is used for chatting and relaxing. One's family is viewed as an integral part of a person's life. The aiga or extended family lives and works together. Elders in the family are greatly respected and hold the highest status, and this may be seen at a traditional Sunday umu (normal oven) 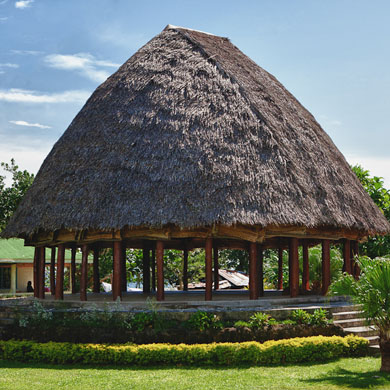